Thumb fights on your screen! 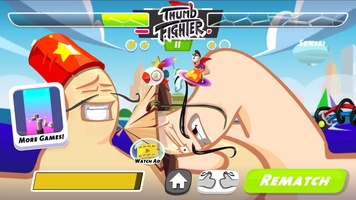 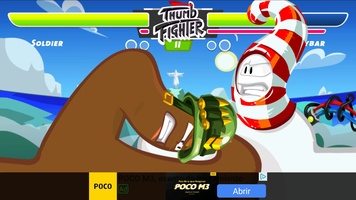 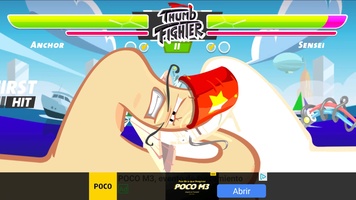 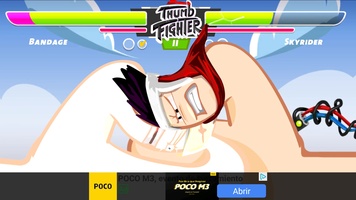 Advertisement
Thumb Fighter is a very particular fighting game where, instead of controlling fighters, robots, dinosaurs, monsters or other fearsome creatures, you control thumbs. Like this, you can take part in classic thumb wars where the goal is to trap your opponent's thumb.

The controls in Thumb Fighter are very easy. You just have to tap your side of the screen to push the thumb down. If your opponent's thumb is pointing upwards at that moment, you can trap it for a few seconds. Usually, you just need to trap your opponent two or three times to win, depending on how long and how forcefully you trap them.

One of the most fun aspects of Thumb Fighter is the large number of thumbs you can play with. Right from the start, you have over a dozen thumb skins to try and beat your opponents with. But, in addition to this, you can also unlock loads of extra skins while you play.

Another positive feature in Thumb Fighter is that, as well as be able to play in single-player mode against the AI, which is always fun, you can also play against a friend using the same device. In this game mode, each person will have to touch one side of the screen to control their thumb.

Thumb Fighter is a simple, original and fun fighting game that has good visuals and a large variety of content that you can gradually unlock as you play and win fights.
Reviewed by Andrés López Translated by Eloise
Advertisement

Why is this app published on Uptodown?
(More information)

There are opinions about Thumb Fighter yet. Be the first! Comment

No.Color - Color by Number
Color each pixel and bring designs to life!
Blackout Age
Sahadan
Live results and stats for bets on this sports app
ran
News about Bundesliga and the rest of German sports
Dress Up Games
Use your fashion sense to create fantastic outfits!
Quick Game
Atm Rush
Collect money and cash out at the end
Angry Birds Dream Blast
Pop colored balls with Angry Birds